The F is for Phake

I recently submitted my application to return to school in Philadelphia!

The moment has me reminiscing on how much I have changed in the 5.5 years since I first stepped foot in Pennsylvania. It was a transition then to come from small Idaho to the sixth largest city in the United States.  There are things I never realized I took for granted until I moved. But over time, I morphed into what used to be a foreign jay-walking, food-truck-eating, wawa-binging phanatic.  However, one can never really become a real 215 native – those legends are born, not made. But over my humid summers and brutal wind-tunnel winters, I grew to love the City of Brotherly Love as a Filadelphian myself (Fake Philadelphian).

Here are some things I grew to appreciate thanks to you, Philly:

Within the first week of living in Philly, I was emphatically told “You have to go to Wawa!” To me, this sounded like what I used to call my bottle when I was little, but still went on the adventure with my new east-coast friends. I was excited. What could this wonderful place possibly possess that I have been missing out on for 18 years of life? And then I saw it…

A gas station… without gas.

Turns out, Wawa was the Philly area convenience store. Just gas-station snacks and employees who would prefer you to just go away. I was disappointed.

Until… I discovered their repertoire of shitty health-hazard food that you just can’t resist ordering, perfect late night snacks, energy supplements for late study nights, and pretty much everything I ever needed. Before I knew it I forgot the other word for “hoagie,” had my wawa-touchscreen-ordering-routine down to less than 5 seconds, and a bank statement disproportionately comprised of “gas station” charges. Nothing like 2 a.m. Wawa run – am I right?

Idaho doesn’t have any professional sports teams, but some people wouldn’t call Philly’s teams professional either. Weird quirks, inconsistent records, obnoxious fans and all, there’s nothing as sweet as watching a Phillie’s game at sunset with a Yuengling in one hand and a bag of peanuts in the other. There is nothing like the spirit of Philadelphia fans – I mean, they even managed to climb street poles covered in grease. 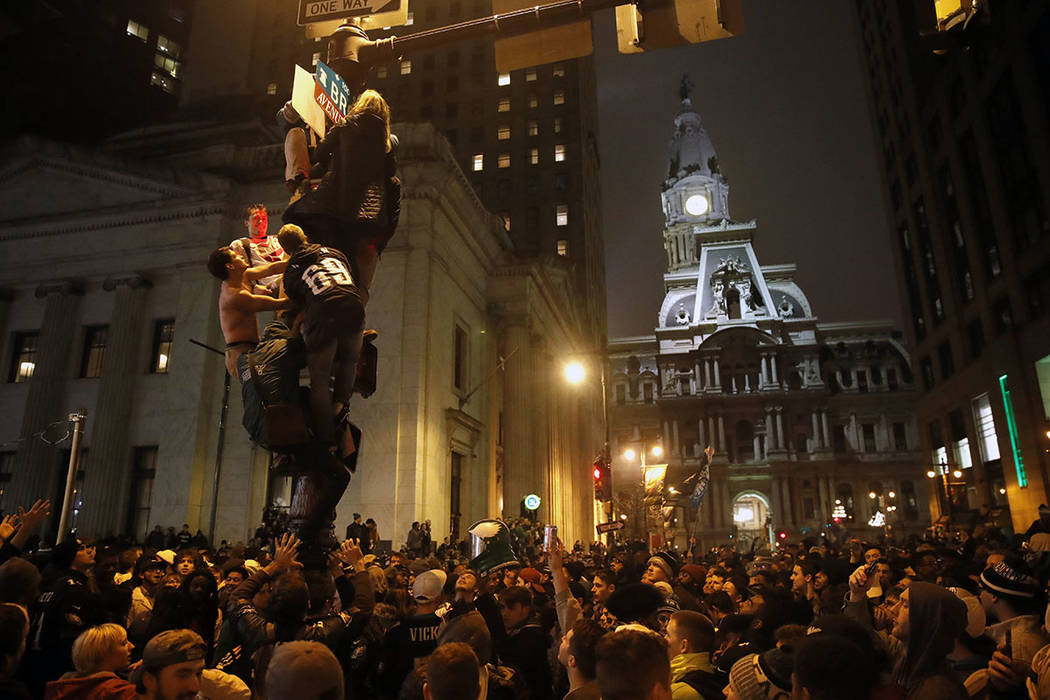 I came to appreciate a lot of things about Philadelphia, but I simultaneously started to re-fall in love with things that made Idahome home. Growing up, when I got frustrated I could just scream all the steam off – there was no one around who would even hear me. In Philly, I had to learn other ways to cope, because I don’t think the person squished next to me, 3 inches away  on the subway, or my paper-thin wall sharing next door neighbor would appreciate the loudness of my heart.

Too many buildings, too many people, too many lights, too much concrete, and not enough green space, stars, and fields to gallop through. People think Idaho is this:

but really it’s this:

4 – Proximity and the gift of legs

When in Philadelphia I would complain about having no space. When in Idaho, I complain that I can’t walk only a few minutes to get Takis at 3 a.m. Things being far away from each other requires a vehicle, which subsequently requires  gas, insurance, and lots of ba-bling. The great thing about Philly is I could get somewhere even if I only had $2.17 to my name. Everything I needed was within a ten (tight, overly dense) block radius. I started to appreciate my legs more than I ever had before. It hits hard reality when we notice what we take for granted. Long and short walks alike meant I was getting exercise, even when I was walking to an unhealthy destination (or from, drunk). Bonus points when I got to see doggos along the way. Everything is within walking distance if you have the time.

God gave us the gift of legs to travel; for those things that are too far (read: take too long) for walking distance, we were given the gift of Septa.

There’s nothing like walking underground as a wall of stench hits you for you to clink your septa token into the dispenser (or, better yet, just walk in because Septa is under constant construction) to start your adventure of the day. It may stink, there may be rats in the trenches, the schedules may be wildly unpredictable and inefficient, but the public transportation is light years ahead of the rural areas I grew up in. I had independence and freedom to go where I wanted without requiring a car. Plus, I essentially learned how to surf because I became a pro on not touching germ-infested rails and poles – instead I held my balance with my  (now appreciated) legs working against the trolley’s jolts.

It doesn’t come without its quirks, but I grew to love my spontaneous Septa trips into center city, suburbs, and beyond. I could even connect to other forms of public transportation and reach Atlantic City, New York, D.C., and others within a few hours – mind blowing when you grew up having to drive 4 hours to even get out of your state. 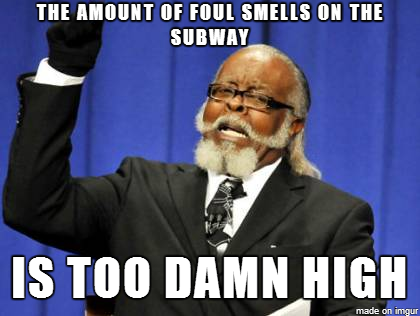 I don’t think I really understood what the term “humidity” meant until I moved to the east coast. It’s no joke – especially for someone who sweats a lot. I mean, come on, the best deodorant ever couldn’t even uphold its powers. I started to actually miss the dry heat I grew up knowing because now I didn’t know if the liquid covering my body was condensation, my sweat, or somebody else’s…

I have a good friend from Philly, her name is Rita. Rita’s Water Ice has changed my perspective on all frozen flavored water. I initially thought that water ice was just like the snow cone shacks in Idaho or a simple 7/11 Icee. I couldn’t  have been more wrong. Nothing hits the spot like the rich flavor of frozen goodness on a hot summer day. Rita’s really lives up to their motto: Ice. Custard. Happiness.

Philadelphian’s are known for their distinct attitudes. On the outside, they may seem a little abrasive, but I can’t count the number of times that my day was brightened by a cashier calling me “sweetie” or “baby” in a familiar voice. I am so glad that I allowed myself to explore my city beyond the “Penn Bubble.” The energy of the community is not what people label it as, there is a unique connection between fellow Philladelphians. Even when you don’t know each other, you are not strangers. So when the young boul hollas at the grillers at Jim’s (not Pat’s or Geno’s) asking “can yous put some whiz on that jawn?” the shared dialect, slang, and culture is felt beyond the beloved cheesesteak, it’s felt in the heart.

9 – Coming from a place where cockroaches don’t exist

I never saw a roach in Idaho. Enough said. 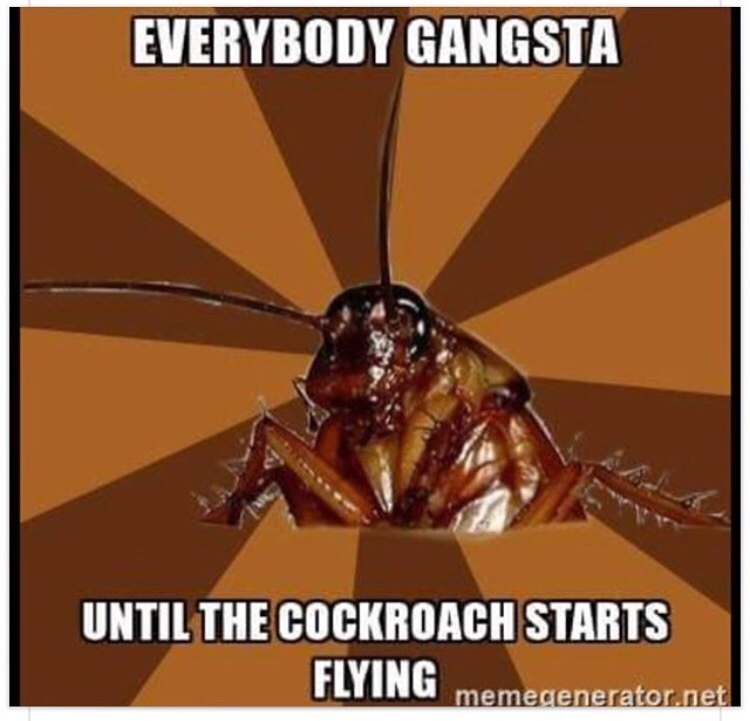 I could be listing my phavorite philly things for years. Ultimately, it is the culture that I have been immersed in and just can’t seem to get enough of it. Whether it’s appreciating the murals and graffiti aesthetic; trying authentic food that doesn’t exist in Idaho (Vietnamese, Senegalese, Greek, Ethiopian, and on and on); enjoying the endless happy hours and beer gardens; walking through night markets, the Italian Market, the Mexican Market, or Amish markets; binge watching The Fresh Prince; working out in front of the Philadelphia Museum of Art; eating a pretzel on the pier by the Delaware River;  soaking up the rich history (while simultaneously cursing at cobblestone roads); or chasing the subway as it’s about to leave, thanks for showing me adventure Philly. I love you.

Ivy is an aspiring dual degree student at the University of Pennsylvania. Although born and raised in Caldwell, Idaho, Philadelphia has become a new home where she explores many things including her surroundings, classes, and new people, but above all, herself. This blog will recount many of these experiences in poor grammar and with several diversions. Thanks for reading! View all posts by ivyfromidaho